Presenting Jesus, the Son of Israel

Click the PLAY icon on the player below to listen to the interview! 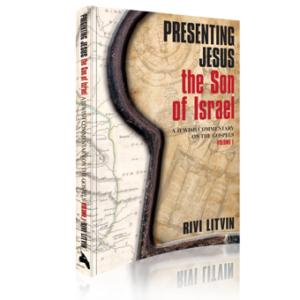 Presenting Jesus the Son of Israel

Presenting Jesus, the Son of Israel: A Jewish Commentary on the Gospels—Volume I

It is inarguable that few names are as well known in the world as the name of Jesus, but who was he, really?

There are many worthy commentaries of the Gospels in existence, but most of them do not seek out to present Jesus as he appeared on Earth—during his early life, in his culture, and among his own Jewish people.

What happened over the ages that caused the world to begin to see Jesus as a son of Greece instead of an observant Jew? What have we lost by seeing his life and work out of context?

Presenting Jesus, the Son of Israel – a Jewish Commentary on the Gospels reintroduces us to the true Jesus, whose life’s mission was to enlighten those around him and to bring them closer to the almighty Creator of the Universe.

Volume 1 of this commentary explores the conception, uncovers the true dialogue about the virgin birth and reveals the incredible unknown life of Jesus the child.

Who were these mysterious shepherds, and why were they unlike all the other shepherds? Were the Wise Men really Babylonian Sorcerers? How did they recognize the birth of the King of the Jews?

What is this undeniable connection Jesus has to the Feast of Tabernacles, and why are the Gospels so silent regarding his Jewish education?

We meet John the Baptist and discover how his message was skewed by early interpreters, and see how in some ways Jesus seems to relive the history of the Nation of Israel.

Presenting Jesus, the Son of Israel – a Jewish Commentary on the Gospels answers all these questions and brings to light the beautiful intricacies of early Judaism and the effect they had on the life of Jesus, whose existence and purpose changed the world in a way in which no other has ever done since. 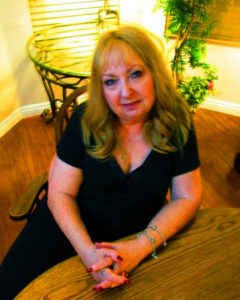 Rivi Litvin is a third-generation Israeli scholar, author and lecturer who is widely regarded worldwide as an authority on the time period dating from 400 BCE to 400 CE.

Over the course of her career, Riv has spoken in front of thousands at universities, various religious and theological institutions and national gatherings. She has lectured in 15 countries, and her work has been translated into several languages including German and Spanish. Her teachings have been distributed internationally in nearly 30 countries.

Rivi was born in Bat-Yam, Israel, and was educated in the Orthodox Jewish tradition. She served in the Israeli Defense Forces (IDF) during the Six-Day War in 1967 and was part of the reserves in the 1973 Yom Kippur War.

Impacted deeply by her time in the IDF, Rivi developed an interest in other religions and left Israel to study abroad. While spending several months at the Dr. Francis Schaeffer Center L’Abri in the Swiss Alps, Rivi developed a great interest in the Gospels, realizing the intricate connection to the Jewish tradition.

In 1980, Rivi moved to the United States to study theology, and together with her late husband, Daniel Litvin, opened the educational outfit H.I.M.

H.I.M. reached thousands of people worldwide as Rivi and Danny researched and taught Judaism, the Gospels, and the Hebrew Scriptures together.

In 1986, Danny passed away from a sudden heart attack at the age of 30, leaving Rivi to raise their three daughters and to continue the work of H.I.M on her own.

Rivi returned to Israel in the ’90s where she founded and operated an educational center nestled in the hills of Galilee for a decade. The center welcomed hundreds of visitors who came to Israel to study from all over of the globe.

Rivi now resides in Southern California where she continues to teach and is working on the final volumes of her book series: Jesus, the Son of Israel—a Jewish Commentary on the Gospels.